Imperial College London Innovation Forum hosted the “Innovations towards a sustainable future” event on the evening of 22nd February at Imperial’s Kensington Campus. The event was aimed at informing academics and entrepreneurs on the status of CleanTech globally, and to what extent London and the UK are involved in this sector, with examples from invited speakers. The speaker panel was comprised of four high-profile individuals: Prof Richard Templer, Director of Innovation at the Grantham Institute; Martin Crouch, Senior Partner at Ofgem; Adrian Haworth, Marketing Director of Recycling Technologies Ltd; and Ian Rogers, Director of Arup. This was then followed by a roundtable discussion with all speakers and Richard Cooke, Partner at Penningtons Manches, and a networking reception. 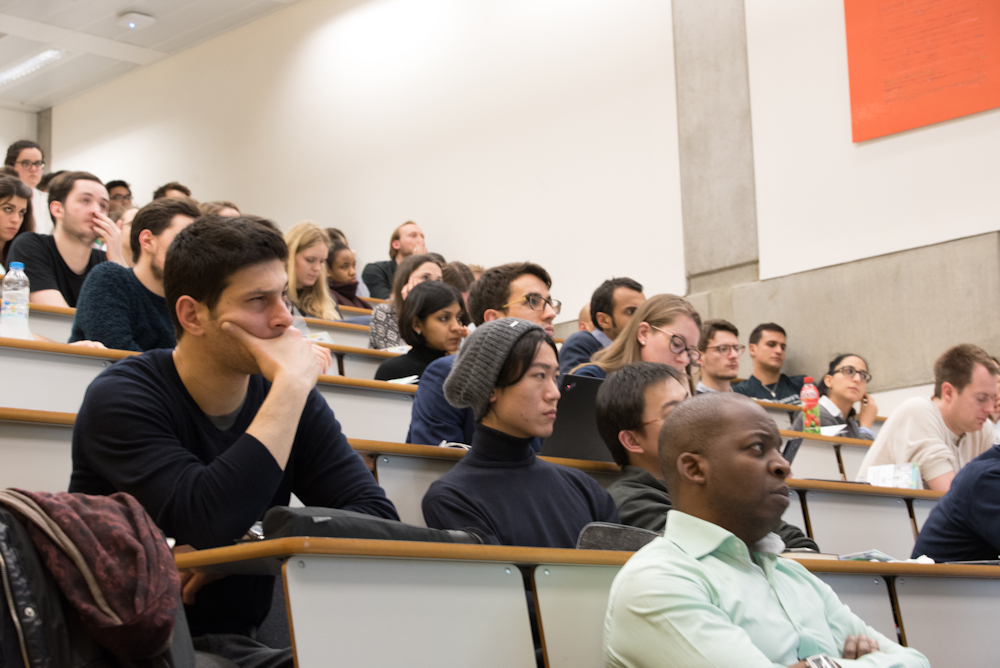 The speaker session started with personal views from Prof Richard Templer on the possibilities and challenges of CleanTech innovation in the UK. His remarks were candid, but well-informed by relevant evidence and statistics. As well as being Director of Innovation at the Grantham Institute, Richard led the creation of Climate Knowledge Innovation Community (Climate-KIC) in 2009 as part of the European Institute for Innovation and Technology. He became the Director of the UK chapter of Climate-KIC and Director for Education for the entire organisation in 2010. For London and the UK to be the centre of CleanTech Innovation, Richard suggested creating a greater cluster of skilled people and resources in London, with the Grantham Institute being the seed to that cluster. He concluded by saying the biggest issue is that many big investors are not willing enough to invest in early-development CleanTech start-ups. To attract more investment, attitudes of CleanTech being a “high-risk” sector need to change and investors need to become more confident they will receive returns. 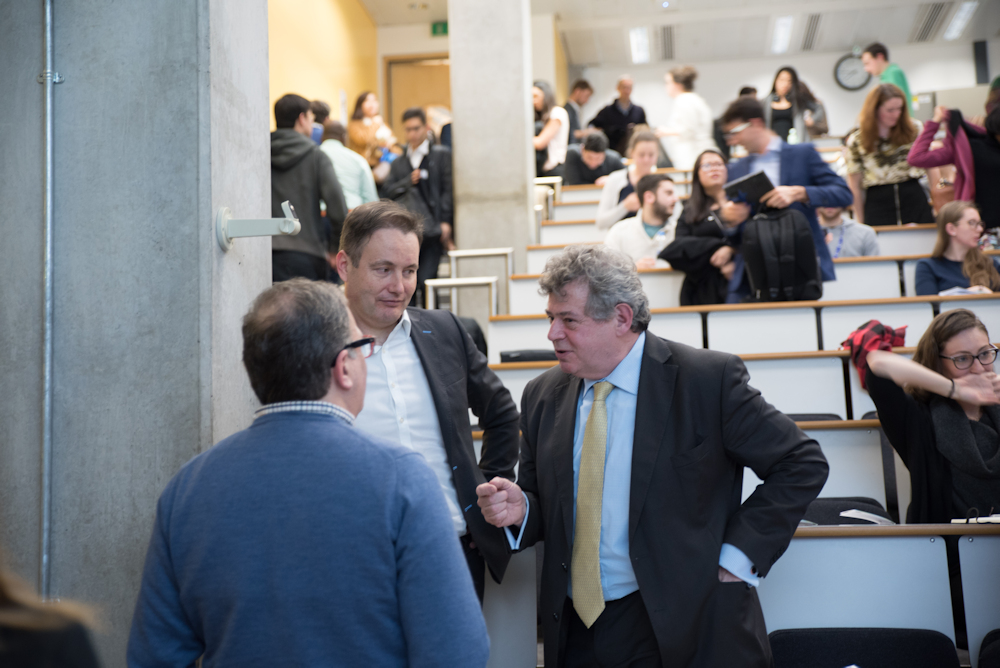 The second speaker was Martin Crouch, who focussed on the policies and regulations implicated in disruptive energy technology. His role as Senior Partner at Ofgem involves improving regulation, overseeing the enforcement team and supporting regulatory policy development. From 2012 to 2015, he also chaired the Electricity Working Groups of the European regulatory bodies, CEER and ACER. He viewed the clean energy sector as accelerating, unpredictable and constantly changing. However, tech companies need practical guidance and support from organisations, such as Innovation Link of Ofgem, on their potential for success. This is dependent upon regulations that may become barriers to success. Ways to tackle these barriers include preventing the implementation of rules in prescriptive ways and creating policies that are responsive to emerging ideas. These ideas include new tariffs, apps, retail services, and local energy services, as well as new technologies. 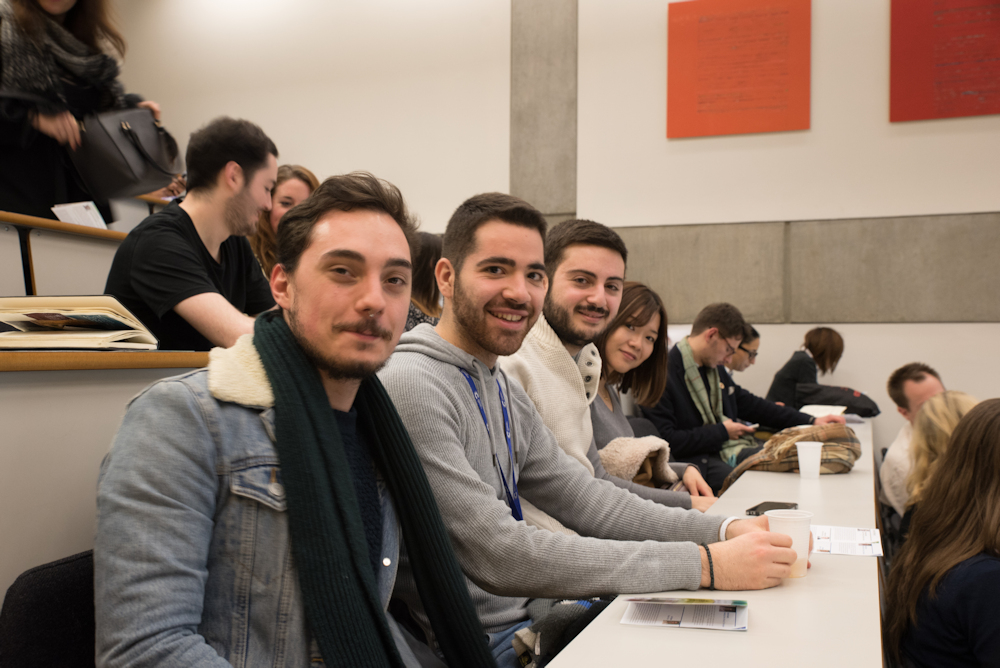 Next was Adrian Haworth, who talked about Recycling Technologies Ltd’s machine, Plaxx® that turns waste, non-recyclable plastic into heavy fuel oil by pyrolysis. After working in General Electric for 33 years and gaining vast expertise in marketing, Adrian now leads marketing for Recycling Technologies Ltd. Plaxx® has potential to become a very successful product. It has a straightforward aim of turning plastic into oil, is based on previously known chemical pyrolysis methods and has the potential of generating huge revenue. He advised that to attract investors, a product or service should address or serve one purpose that can generate significant revenue quickly. Only once there is investment, a product can be iterated and built upon. Recycling Technologies Ltd hope to refine the oil to make fuel or be used to make more plastic. 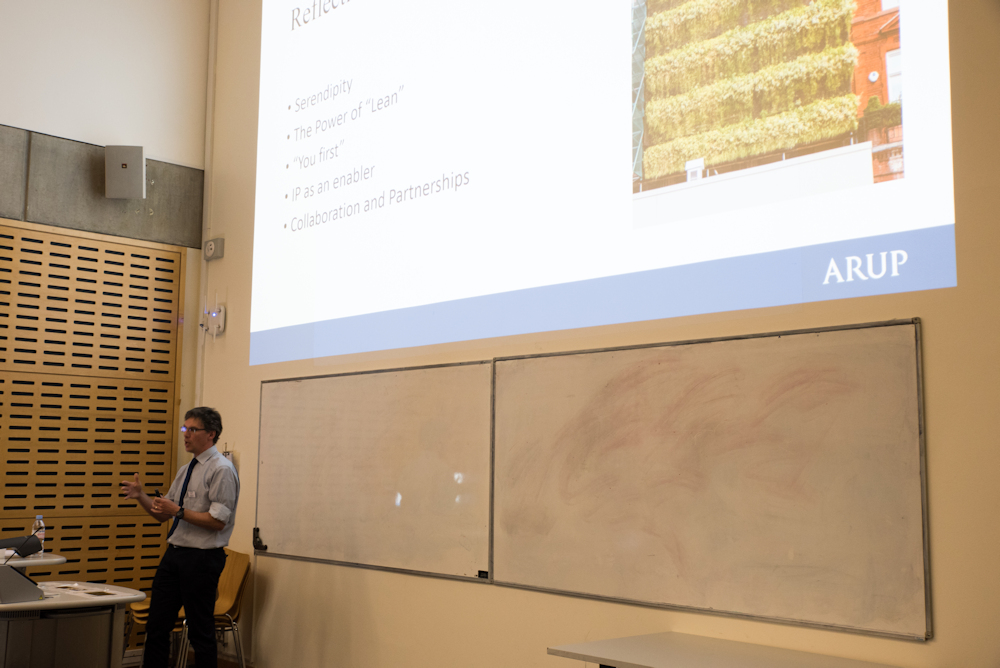 Lastly, Ian Rogers shared his insights of being Director of Arup and how Arup are investing in early, disruptive CleanTech start-ups. Ian originally worked in Arup’s legal team before becoming a lawyer, specialising in construction. His knowledge of the legislative processes in the global construction industry led to him becoming Sustainability Director for UKMEA Region Board and directing its Venturing Initiative to develop Arup’s new business models. Arup are now focussing on seed funding a few early-stage start-up ideas that are not yet successful but have great potential to become high-impact disruptive technologies. These have included Halo, Hidden Layer and Arco Bridge. 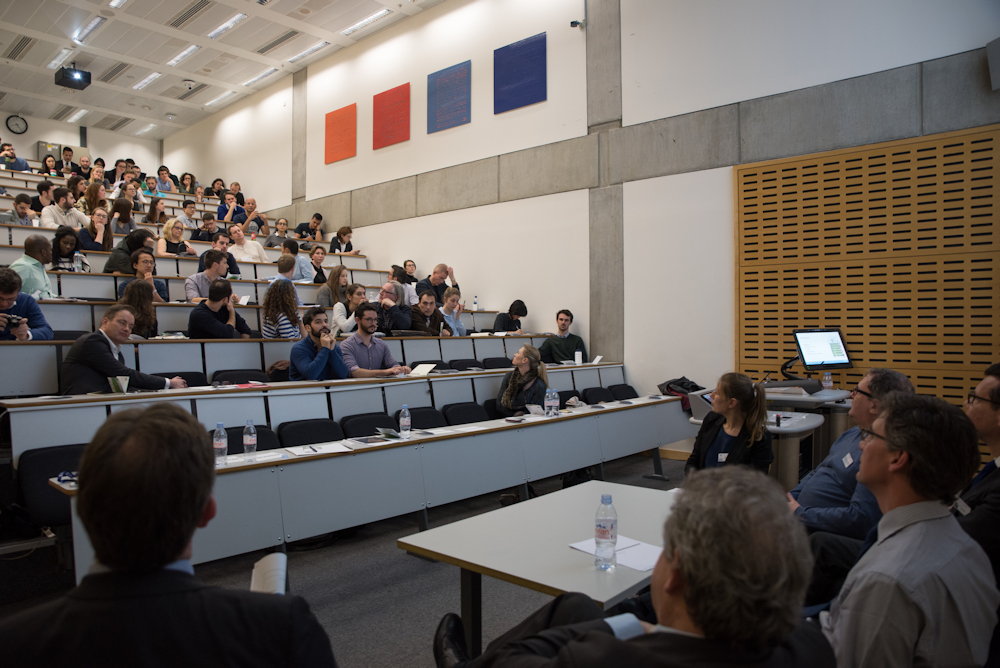 The event concluded with an active discussion from the roundtable in response to audience questions, such as what CleanTech is still needed, how the UK government is shaping energy policies, how Brexit is likely to affect innovation in the UK, and ways to lower pollution in the shipping industry. The consensus was that despite being in turbulent times politically, many counties, including the UK, will continue to act against climate change and pollution by investing in CleanTech. To preserve the planet, investing towards a sustainable future is the only option. 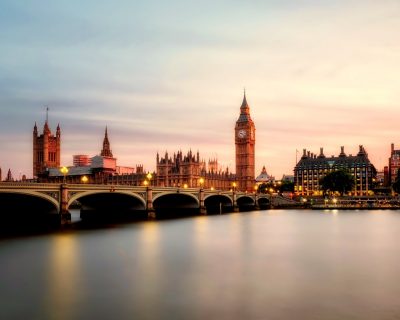 After 5 weeks of hard work, our start-ups pitched at this year’s final “Science 2 Start-up workshop”. Ranging from gait-monitoring for Alzheimer’s disease to the use of stem cells to treat tooth maladies, our start-ups really demonstrated what they had learned during S2S 2019. However, there could only be one winner of our £200 prizeaaa

Bio-Engineering of the future: a peek at “Innovation In Synthetic Biology”

In order to comment you need to be part of Inno-Forum. If you’re already a member Log in or Register

We use cookies to ensure that we give you the best tailored experience on our website based on your preferences. By continuing to use our services, you are giving us your consent to use cookies. Learn more here.
I agree